A short story a day review

When a woman’s husband turns out to be gay and she does nothing about her exposure to AIDS, his brutality toward her, it threatens her friendship with the narrator.

This story was originally published in 1977. I couldn’t find it in English translation online, but here it is in Spanish. (I ran it through Google Translate, which is adequate to get the gist of the story but not much more.) Here’s an English language document in which Diana L. Velez talks about the issues and themes of the story, which have to do with the split identity of a woman named Susie Bermudez who is sneered at as a wannabe gringa when she goes on vacation. The title, Vega explains, has cultural significance as one of the rhymes used to teach a generation of Puerto Rica immigrants how to speak English.  Vegas work is included in Colonial Subject’s Search for Nation, Culture, and Identity in the Works of Julia Alvarez, Rosario Ferre, and Ana Lydia Vega.

From Cold Rifts, a collection of stories by Sandra Seamans (Snubnose Press, 2012).

A hospital nurse confronts a man determined to let his sister die with dignity.

Rapture of the Deep, Amy Hempl, AT THE GATES OF THE ANIMAL KINGDOM

A temp is sent to hand out candy on Halloween for a temporarily handicapped woman. Much discussion of the rings the woman wears and the jewels’ properties. Rapture of the deep refers to scuba diving to which the temp has lost a boyfriend. Strange story. Combining the trivial with “out there” elements.

“We Planted the Sad Child, and Watched” by Rahul Kanakia 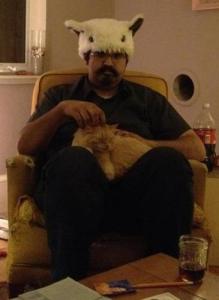 “We Planted the Sad Child, and Watched” by Rahul Kanakia

The title of this story alone is so evocative and the writing is filled with precise, almost mathematical elements, which is not surprising in a way—Kanakia once worked for the World Bank. This is a haunting story. You can read it here on Daily Science Fiction.

Story 238/366
I’ve just read Yan’s darkly comic novel The Banquet Bug and when I ran across her collection, White Snake and Other Stories, I snapped it up. The title story is more of a novella, a love story about a Chinese dancer who has the ill luck to fall in love with a Soviet dancer as their countries are on the brink of war. The story is rich with imagery and mythology and is a great introduction to Yan’s work.

#239-this story sure breaks with the idea that a short story should cover small territory as it weaves itself over years, places, events in a few thousand words. A defrocked priest and his former bishop wrestle with what is evil and a man who encompasses it. Atmosphere, atmosphere.

This story is, as promised, a love story about a husband and wife who have grown apart and how they find their way back to each other. It’s sweet and solid.

This story is included in The Corner Café. 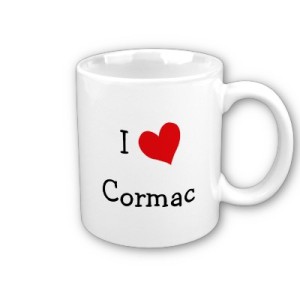 This is probably my favorite story by Cormac, one of the many great stories in the collection Discount Noir, co-edited by Patti Abbott and Steve Weddle. “Acceptance” uses the stages of grief as a point of departure and has a nice little sting at the end.

A Man in a Hurry, J.R. Lindermuth, MYSTERICALE

When a small child disappears, the townspeople are a bit too quick to cast blame.